From painting to silver trade 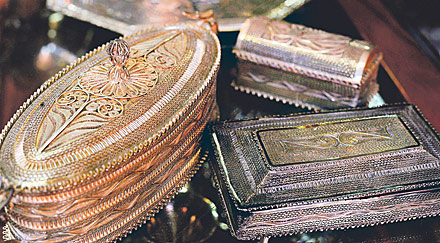 Artist Lolita Asil gained a reputation with the exhibition titled “Lines of Life” which she held in 2009. Asil, whom we know with her success in painting, now trades second-hand silver in a shop in the Grand Bazaar, which is a 55 years old legacy of his father.

Those who are interested in painting know the artist Lolita Asil. She carried out various projects and held 10 exhibitions so far. She added meaning to her observations on the toile, paying attention not to the visible face of the human being but to the core. Her latest exhibition “Lines of Life”, in which she reflected human body parts to her paintings, was a trend topic in this aspect. Asil who in those days satisfied her curiosity about human beings by examining corpses and depicting what she has observed by secluding herself in her workshop, now leads a life where she is interacting every day with hundreds of different people. How? By trading second-hand silver in the silver shop which is a 55 years old legacy of his father.

Asil’s story is quite familiar actually. Like many other people, she is a person who took over the family shop following the death of her father. What makes her story interesting is that she is spending her life in the silver shop, she almost never visited until her father passed away, although she was practicing her art that made her well-known by what she had achieved so far. We understand the reason for her choice as soon as we step into the shop, where we entered out of curiosity, we have been appealed by this interesting story.

The shop which is in business since 55 years in Çuhacı Caravanserai of the Grand Bazaar is a living history. The multitude of silver on the shelves which makes you feel like they will fall on you at any time, the antique clock on the wall, the scales which were used once upon a time to weight silver and which is left in a corner of the shop nowadays… If you add on top of these smiling faces and amicable conversations of the customers coming to the shop from different cultures; You comprehend that it is not possible for Lolita Asil to leave this shop. Actually she says, “This shop which looks like a tiny one, served as a place where a lot of people earned their living however I could only understand this during the time I spent at the shop when my father was sick. Every customer asking about my father made me understand how much he was loved. I noticed that my father has become a brand. He was like a plane tree which has rooted here, I could not dislodge it from here. ” e.keskin@zaman.com.tr

This profession is in my genes

Asil didn’t leave painting for good, but it is obvious that she enjoys a lot her new profession. She believes that this profession is in her genes: “I had a radical transfer from painting to silver business. But I believe that this profession is in my genes. It seems I inherited this skill from my father as he had it in his genes but I haven’t realized it. Then it emerged during his sickness, due to my love and devotion for him. He was a huge plane tree, I am still living under his shadow.”

My name is a difficult one to be named with

Lolita Asil who is originated from Mardin was born and grown up in Istanbul. She tells us about her love for her father. We ask her “You never mentioned your mother, what isshe doing now?”. Seeing tears in Asil’s eyes, we regret deeply our question, but we can’t help it now. Asil lost her mother when she was only 4 years old. That’s her mother who gave her name. Maybe that’s why she never considered changing it. Asil says, “Lolita is a challenging name for me. It’s difficult to be named with it. I had difficult times. But it empowered me in the same time. It made me feel always that I am different. Although it is not a full reflection of my personality, I carry my name more comfortably now.”

I sell a lot of silver baby spoons

It’s like inhaling different cultures when you breathe in the atmosphere of the shop. Persian wireworks, samovars, cup holders, Italian milk sets, Austrian bags, Russian belts, locally damask tea sets… However the most attracting items are the food plates and spoons. Asil says she sells them the most. Yes, baby food sets look very cute in deed, however we think other items should be more attractive for silver lovers. Asil must have noticed our curiosity, that’s why she explains the reason: “Since silver does not allow germs, mothers want silver food sets for their babies.” On the other hand, prices are not too expensive. Food sets are priced between 40 and 50 TL, cup sets for 6 people are around 120 and 140 TL. Meaning that enjoying your tea in silver cups is not a faraway dream. Asil says, “People think silver sets are too expensive. Sometimes customers come while I am having my tea in a silver cup and they say, “You are drinking in silver, wow.” However, it has almost the same value as porcelain cups.” 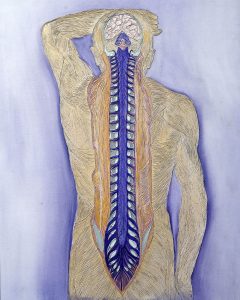 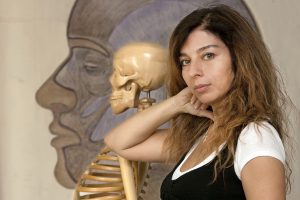 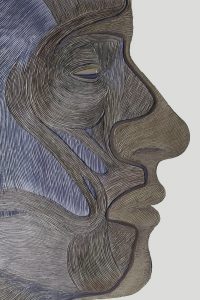